Elastic plastic self-consistent (EPSC) simulations are used to model synchrotron x-ray diffraction observations from deformation experiments on fayalite olivine using the deformation DIA apparatus. Consistent with results from other in-situ diffraction studies of monomineralic polycrystals, the results show substantial variations in stress levels between grain populations. Rather than averaging the lattice reflection stresses or choosing a single reflection to determine the macroscopic stress supported by the specimen, an EPSC simulation is used to forward model diffraction data and determine macroscopic stress that is consistent with lattice strains of all measured diffraction lines. The EPSC simulation presented here includes kink band formation among the plastic deformation mechanisms in the simulation. The inclusion of kink band formation is critical to the success of the models. This study demonstrates the importance of kink band formation as an accommodation mechanism during plastic deformation of olivine as well as the utility of using EPSC models to interpret diffraction from in-situ deformation experiments. 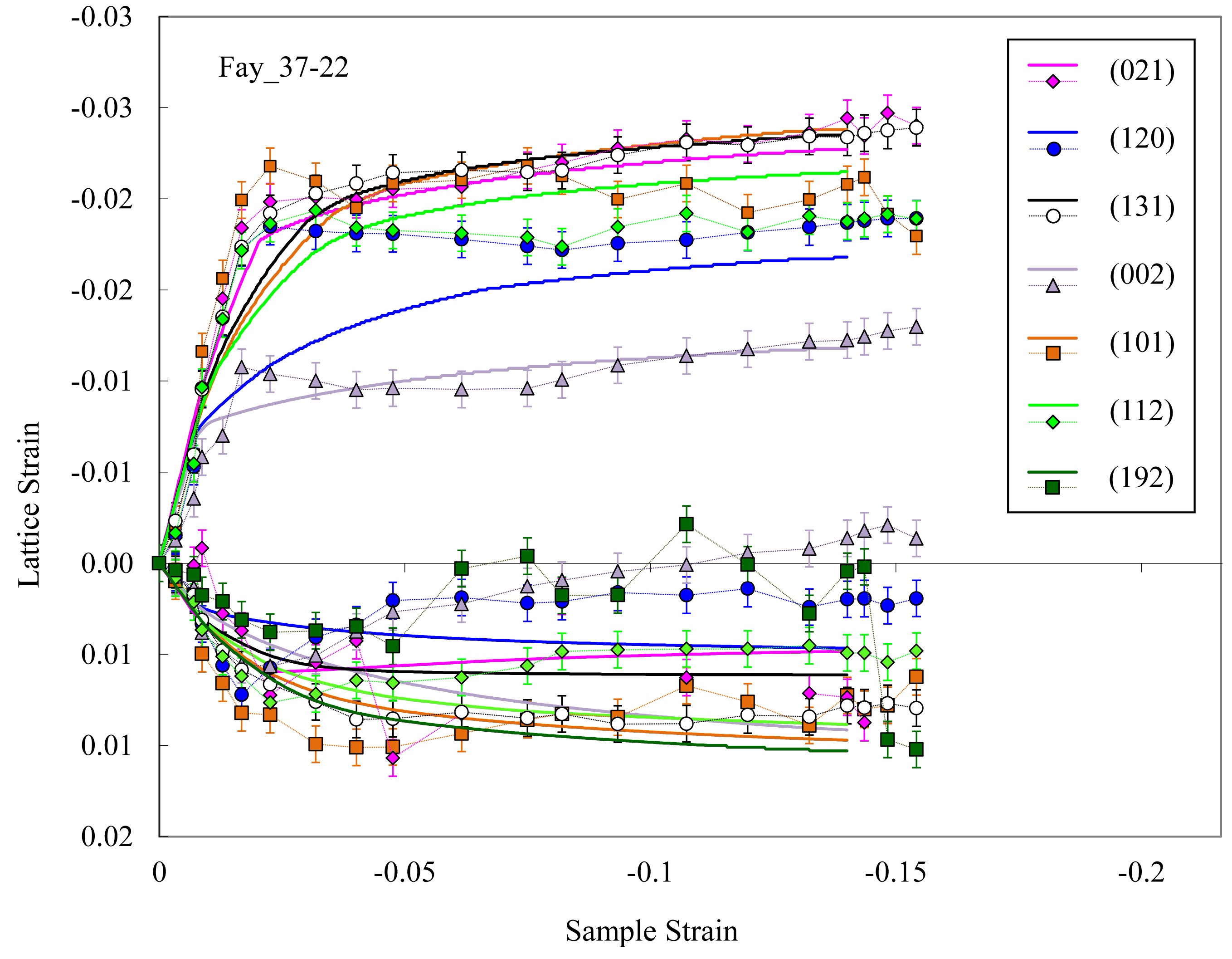 Figure 1. Plot of lattice strain as a function of sample strain for fayalite olivine. Lines represent EPSC models for each reflection. Deformation experiments were conducted using the D-DIA apparatus located at the National Synchrotron Light Source X17B2 beamline. For Fay_33, two W3%Re-W25%Re thermocouples introduced at the mid-point of the furnace were used to measure the sample temperature.

Figure 2. Examples of histograms showing the distribution of equivalent stress in the compression and transverse direction populations for an EPSC simulation that combines {011}[100] and {110}[001] slip are plotted.